Investing both your time and money into one of the best open world games is a fantastic idea, because - after all - these titles are designed to give you huge spaces, stories, and worlds to explore over nigh on hundreds of hours if you'd like. They're specifically designed to take you by the hand and introduce you to friends and foes, tales big and small, and vista upon vista to explore.

Death Stranding may not be for everyone when it comes to its narrative, but Kojima's latest is a compelling open world. As much as walking sim as it is an action game, you'll be walking around it for many hours to come, delivering packages, working with the other players to rebuild and create, and watching what they've left in their wake. It's definitely unique, and utterly beautiful, particularly when the music kicks in.

Terraria (opens in new tab) is so full of possibility that it verges on the sandbox/open-world boundary. Build your home and defend it from the icky things that will try to knock the door down and suck your brains out of your nose. If you’d rather you can ignore those beasties and delve deep into the earth to find valuable resources or just explore to your tiny, pixelated heart’s content. Craft better armor and weapons, and even a jetpack, then once you’re feeling strong enough - and probably a little bit cocky - wait for one of the game’s bosses to spontaneously attack you. There’s always something better to build, a new cavern to dig into, or another story of your house to be built.

Available on: PS4, Xbox One, PC
(Playable on Xbox Series X and PS5)

Because journeying around a massive world on your own is just no fun at all, Dragon Age: Inquisition (opens in new tab) gives you a bunch of companions to run around with and a ton of sidequests to use them in. You wouldn’t want to waste their talents, after all. Not only that, but the companions are some of the best party members around (I'm looking at you, Dorian Pavus). At first, it’s easy to get overwhelmed with the number of sidequests that saturate its lush fantasy world, but as long as you remember to take advantage of the fact that - like many of the best open-world games out there - there are multiple areas to explore from the very beginning (don’t just stick to one), you’ll slowly be able to gauge which ones are worth doing asap. The story will also keep you gripped throughout, so while it might claim many hours of your life, it's worth the time investment.

Available on: PS4, Xbox One, PC
(Playable on Ps5 and Xbox Series X)

Going in with all guns blazing isn’t everyone’s cup of tea, so if you’re thirsting for a stealth action open world game Metal Gear Solid 5: Phantom Pain (opens in new tab) should be your hot beverage of choice. Encouraging non-lethal playing styles rather than killing indiscriminately, the degree to which all the different systems interweave is astonishing and you’re free to roam and dispatch with enemy soldiers however you see fit. However, don’t get too used to a set group of tactics - the enemies will adapt if you repeat the same approaches too much. Keeping you company in the world is D-horse and D-Dog, a wolf raised to help you in the field, and the dynamic weather system is just as helpful, as it periodically makes you harder to see and hear.

Days Gone is another fantastic horror-filled open world, with horde of literally hundreds of zombies en masse just ready to jump you. You play as Deacon St John, and although it's a terrible name, this biker has quite the story to tell. It's an alluring, although bleak world, with human stories to balance out the horrors of the zombies (or freakers as they're known). Poke into every corner and you'll be rewarded, just as you'd hope from a well-crafted open-world game.

Sea of Thieves offers you an open world playground, which is just waiting for you to create your own stories within it. Become a legendary pirate, build your crew, discover treasures, and more. This is a game that's come a long way since it first launched in 2018, with ongoing updates and additions coming along all the time. It's also got a stellar community, which only aids to the pirate fantasy.

What if you took Breath of the Wild and added JRPG elements and a little sprinkling of anime? Well, welcome to Genshin Impact. The world of Teyvat is full of mysteries, not only about who you are and why you're there, and with constant updates and more characters being added at regular intervals, there are so many reasons to dive in. Oh, and did we mention it's totally free? 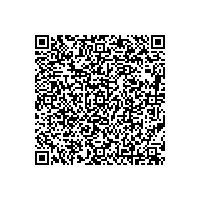